Nigeria: The Land of a Thousand Rumours 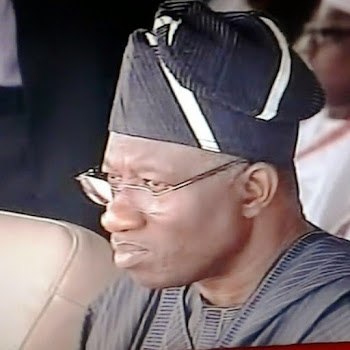 A careful look at any country might show that the best time to understand the prevalent psyche and mentality of its people is when they want to decide on those that will lead them. This applies to all political ideologies and systems of government around the world.

Taking an objective look at Nigeria in 2015, the year of general elections, one is likely to come to one major conclusion- Nigerians love mischief and peddling of rumours. I make this claim because of the nature of political campaigns we are seeing in Nigeria from the political parties particularly the ruling People's Democratic Party (PDP) and the main opposition All Progressives Congress (APC).

Instead of discussing, analysing and explaining how they will tackle the major issues that affect the majority of Nigerians like insecurity, unemployment, lack of electricity to power small businesses as well as industries and decaying infrastructure. The parties, their top officials and candidates have resorted to personal attacks, innuendos and outright lies in a bid to confuse the electorate and prevent us from making objective decisions.

While it is a fact that some of the rumours peddled in the past have proven to be true such as the suggestion that pressure was being mounted on INEC Chairman, Professor Attahiru Jega to postpone the presidential election from February 14, 2015 and the unconfirmed news (at the time) that broke that INEC had postponed the elections to March 28, I wonder how we became a people so prone to mischief; would it not have been better if the president had come out openly and made it clear that he wanted the elections postponed and gave reasons? Would it not put all speculations and rumours on the issue to an end if President Jonathan came out to tell Nigerians and the rest of the world that Professor Attahiru Jega would be allowed to conduct the elections before leaving INEC on June 30?

President Jonathan and his supporters have really poisoned the political climate in Nigeria by his failure to curb his supporters and their insistence on being crude and largely obscene in their approach to the election. The likes of Governor Ayo Fayose and Femi Fani-Kayode have reached new levels of notoriety hitherto unknown in Nigeria with their obscene attacks on the APC presidential candidate, General Muhammadu Buhari. Even more shocking is the PDP chairman, Adamu Muazu's recent accusation that the APC is behind the on-going fuel scarcity which has led to the opposition making new claims of corruption in the petroleum sector.

There is no way you can absolve the president of responsibility for this negative state of affairs in the polity and he has a duty to lead the way in diffusing tension and ensuring that we are able to cast our votes and duly elect the candidate of our choice into office on March 28 in a peaceful and fair manner.

This is the minimum we expect of him as the incumbent and posterity would judge him harshly if he fails to deliver.
Posted by Abdulkabir Olatunji at 5:59 AM

You can contact us for adverts or consulting on online marketing, social media campaigns, business management and technology by sending an email to [email protected]com or call +2348085404500 (08085404500 if you are in Nigeria).