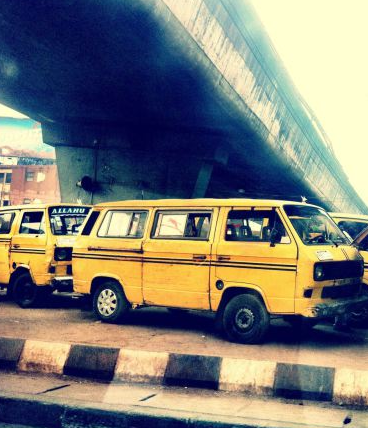 I am tempted to start with the lyrics to Wizkid's song 'Ojuelegba' about this very popular bus stop but that might not be fair to one of the most iconic locations in Lagos.

Ojuelegba is in the middle of the old Lagos Mainland Local Government.  On one side of it is Surulere on the other is Yaba, the 2 major districts that make Lagos Mainland with close proximity to Western Avenue (now Funsho Williams Avenue) and Eko bridge., Ojuelegba is ever-bubbling and busy.

Due to its centrality, you can get buses to most parts of Lagos at Ojuelegba and there are a lot of traders selling different wares; clothes, shoes, bags, books, carpets, rugs and lots more. There are also many banks and several businesses with offices taking advantage of the location and its accessibility.  The area also has a vibrant nightlife which means there are different businesses running for 24 hours aided by well-lit roads something that is not guaranteed in Lagos.

Ojuelegba is one of the safer popular bus stops in Lagos with much fewer cases of theft, armed robbery, kidnapping and other crimes associated with it. I cannot give an exact reason for this but having  police and army barracks nearby might be helpful coupled with the middle-class nature of nearby Surulere and Yaba. I think this explains the more 'respectable' nature of Ojuelegba. Claiming that you emerged from there is likely to carry less stigma compared to saying you are from places like Oshodi and Mushin.

Whether this perception is fair or not might be up for debate but it is what it is.

So, if you are visiting Lagos, do make an effort to visit Ojuelegba  to enrich your stories about the city.

Posted by Abdulkabir Olatunji at 9:31 AM