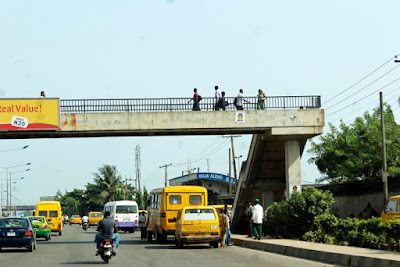 Ikeja is the political capital of Lagos which in turn is the commercial nerve centre of not only Nigeria but the whole of West Africa.

This fact by itself is not the major reason Ikeja is a major bus stop in Lagos.

Ikeja bus stop is quite big because it extends from Old Ikeja terminus to Under-bridge, Ikeja-Along to Ikeja-Inside. You could argue that these are different bus stops but as is the case with Oshodi, Mushin, Obalende and other major bus terminuses in Lagos, they are a combination of smaller bus stops under one umbrella.

Ikeja was previously a civil servant; industrial estates, high street and airport serving bus stop until 2001 when the introduction of the Global System of Mobile telecommunications (GSM) was introduced into Nigeria leading to the rapid and still expanding growth of the Ikeja Computer Village which is the largest market for computers, telephones and other ICT related equipment in Nigeria. 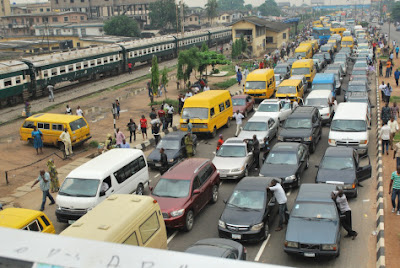 It is safe to say over a million people pass through Ikeja every day as a result of the existence of Ikeja computer village. Another reason for the popularity of Ikeja is its proximity to Awolowo road which leads to Lagos State Secretariat, Alausa, the seat of Lagos State Government and has a lot of businesses established along it employing many people. Then we have high streets like, Allen Avenue, Opebi and Toyin which have some of the most glamorous shops in Lagos with many organisations jostling to have at least an office or outlet on them, some have 2 or 3. Such is the commercial power and viability of these srreets. Not far behind these 3 high streets in importance is Adeniyi Jones which has Wemabod estate with residential and industrial occupants.

Another reason for Ikeja's popularity as a bus stop is its proximity to heavily populated outskirts of Lagos like Egbeda, Iyana Ipaja, Agege, Alagbado and Sango/Otta in Ogun state. People coming out of Akute too might pass through Ikeja as they seek to connect other parts of Lagos.

There's also the Muritala Mohammed International and local Airport at Ikeja, Ikeja GRA which rivals Ikoyi as the most exclusive place to live in Lagos and easy access to Ojota which is a major terminus for buses entering Lagos from other states.

3rd Mainland bridge links Ikeja to the Island. Hence, a lot of people from the outskirts close-by connect the Island through Ikeja.

It is also worthy of note that Ikeja is a train station so quite a number of people access it by train as well.

Apart from the conputer village, there are a lot of clothes sellers in Ikeja from large boutiques to second-hand clothes sellers, same for books. Be careful of pick-pockets though. They seem rather plentiful around the computer village and you should take someone who is familiar with the area along if you do want to buy that cool smartphone, tablet, laptop or any other device you fancy.

Obviously, for anybody visiting and wanting to know Lagos well, Ikeja is a place you have to visit. Say, hello to the Governor for me if you do make it down to Alausa to visit him.
Posted by Abdulkabir Olatunji at 4:06 AM