There are many ways to become a success in football. Sir Alex Ferguson might not have set the world alight as a player but as a manager, he is one of the true greats. So, as a fan of the game, I salute him on his 74th birthday. 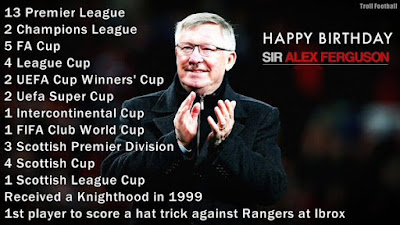 I used to hate Manchester United because of hi -his teams were almost always so good!
Posted by Abdulkabir Olatunji at 4:46 AM