Why the Clamour for National Confab Report Implementation is Boring 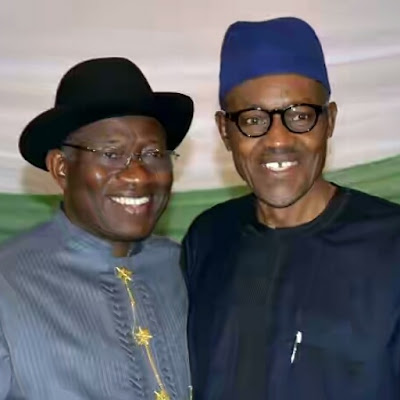 The former President of Nigeria, Goodluck Jonathan towards the end of his first full term with waning popuparity and agitations all over the country decided to establish a national conference which in reality was just another 'come and chop' bazaar for many of Nigeria's elite that probably had not gotten enough of the 'national cake' until then during his administration.

The announcement for the establishment of a committee to work out the modalities of the conference was made on October 1, 2013 by then President Jonathan.

He said: “Fellow Nigerians, our Administration has taken cognisance of suggestions over the years by well-meaning Nigerians on the need for a national dialogue on the future of our beloved country.

“When there are issues that constantly stoke tension and bring about friction, it makes perfect sense for the interested parties to come together to discuss.

“In demonstration of my avowed belief in the positive power of dialogue in charting the way forward, I have decided to set up an advisory committee whose mandate is to establish the modalities for a national dialogue or conference."

Quite laudable you might say but the All Progressives Congress (APC) the then opposition party made it quite clear that it did not support the conference after its National Executive Committee (NEC) meeting on October 22, 2013.

Then publicity secretary of the party and current minister of information and culture explained the party's position thus: "“The President himself said that the outcome of the confab would be subjected to the approval of the National Assembly.

“Therefore what is being planned is not a National Conference but an aspect of the constitutional amendment process.”

Speaking further he said: “We want to make it abundantly clear that we are not averse to any meaningful and honest dialogue. However, this government has lost focus. They cannot handle the economy. They cannot handle education and the welfare of our children; the country under this administration is on fire and corruption has developed legs.”

Despite this and other objections, the national conference was inaugurated on
Monday, 17 March, 2014 and ended on Thursday, August 14, 2014 with its Chairman Justice Idris Kutigi submitting its report to Dr. Jonathan on August 21, 2014.

I find it important to chart this timeline of events to make it clear that the government that set-up the national conference did so for its own convenience not for national interest and as such, it did not take action on the conference report in any meaningful manner until May 27, 2015, two days to its exit from power when President Jonathan forwarded the conference report to the Senate for legislative action. This action was obviously academic and proves that the entire process was a charade.

The government of President Jonathan had 9 months to act on the report but chose to dangle the implementation of its recommendations as an electoral carrot during the 2015 presidential elections which it lost.

It is quite ironic that some national conference delegates and supporters of the former president are now demanding the implementation of its report which the conveners did not do. In electing the APC and President Muhammadu Buhari, the majority of Nigerians have made it clear that we are not interested in the conference report or its implementation.

We do not expect a government that rejected the conference as opposition to implement it now. Does the conference report probably have some good recommendations? Yes, but these ideas are not exclusive and can be implemented through the organs and arms of government independently.

The promoters of the national conference should call for the implementation of the Abacha 1994-1995 National Constitutional Conference and the February – July 2005 National Political Reform Conference, NPRC, organized by President Obasanjo if they believe strongly in the concept.

I suggest they set-up a committee to harmonize the recommendations of these 3 conferences and forward them to the National Assembly as part of the latest attempt at constitutional amendment in Nigeria.

Anything short of this is just political noisemaking and it is quite boring to put it mildly.
Posted by Abdulkabir Olatunji at 3:48 AM