Ibadan and Kano: A Comparison of 2 Cities in Nigeria

My friends at Jumia Travel have sent in this article about 2 of the biggest cities in Nigeria: Ibadan and Kano.

Ibadan and Kano are two major cities miles apart, they have some startling similarities and contrast that will leave you baffled. Ibadan is the capital city of Oyo state; this thriving metropolis is located in western Nigeria. 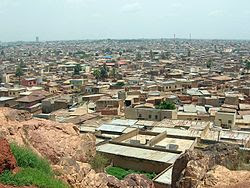 Kano is also a city in Nigeria; it is often regarded as the heart and pulse of Northern Nigeria.

The residents of Ibadan are tired of the local stereotypes by Lagos dwellers just like the people of Kano are tired of the generalization of Abuja residents. It seems a week can’t go by without a blogs, social media or forum disrespecting Ibadan for its “razzness” and Kano for it's been dry.

The people of these cities are oblivious of the similarities the place they call home shares.

There are several similarities and differences between these two ancient cities, a number of them are discussed below.

The most distinguished similarity between these cities is that they are both regional hubs and trade centers. 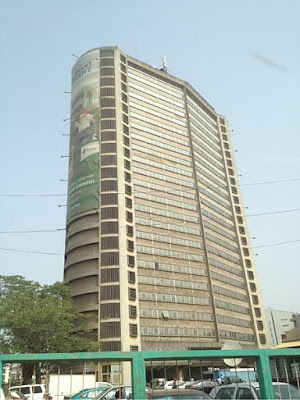 Ibadan is the economic center of Oyo state while Kano can be regarded as a regional capital. Both cities boast of good transportation infrastructure, with well linked federal highways and good road networks

With an estimated population of about 5 million each, Kano and Ibadan are the second and third most populous cities in Nigeria.

The population of both cities consists of millions who have emigrated from surrounding states to look for more opportunities.

Another striking similarity is the city skyline. While both cities rarely have skyscrapers they are ornamented with Old styled architecture.

Besides welcoming tourist visitors, Kano is a business destination for Local and International traders. The Kurmi Market, Kano is one of Africa’s biggest open markets, several goods and commodities are traded there.

Whether it's through accent or dressing, the people of Kano and Ibadan are culturally distinct, they can be easily be spotted far away from home.

While there are not too many differences between the two cities, the contrast in culture is hard to miss.

Kano has evolved into a multi-ethnic city that accommodates various tribes especially Igbo traders. The cultural orientation of Kano is influenced by Islam, it is evident in the dress codes, cuisines and laws. There is no specific code of dressing in Ibadan; everybody dresses to his or her own preferences.

In conclusion, the two cities, Ibadan and Kano, are very significant in the regions they are located. Despite the differences and similarities between the two cities, they have a major socio-economic role to play in the development of Nigeria.
Posted by Abdulkabir Olatunji at 12:39 AM