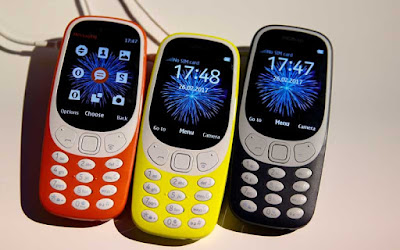 Nokia 3310 is back with a makeover in 2017. Nokia lost out in the smartphone wars in the last decade but as it as always done through-out its existence found a way to get back into the phone business with some exciting phones for 2017 including the Nokia 6, 5 and 3 Android smartphones.

So, what does the new 3310 have to offer? View the specifications next as presented by GSM Arena:


The phone also has a dual SIM version that makes it an attractive option as a second phone for smartphone users. What do you think about this phone, let me know with your comments.
Posted by Abdulkabir Olatunji at 6:53 AM