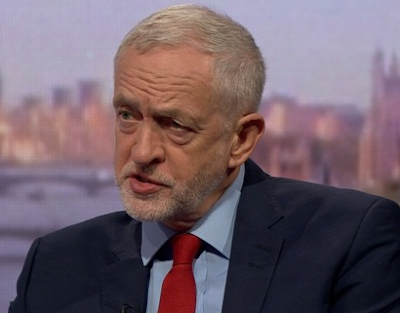 There is a bit of a controversy at the moment in the United Kingdom after a list of top earners in the BBC showed that men earned more than women across board.

Labour/opposition leader Jeremy Corbyn has added his voice to the discussion. ITV reports:


BBC "needs to look very hard at itself" over the gender pay gap.
The Labour leader said he would join more than 40 leading female stars in signing an open letter calling on the Director General Tony Hall to act.
He told The Andrew Marr Show the treatment of women by the broadcaster was "appalling".
"The BBC needs to look very hard at itself because the levels between the gender pay gap are quite astronomical," he said.
Mr Corbyn said Labour would insist on a gender pay audit of every organisation and would also look at the ratio between the chief executive and the lowest paid staff member of every public sector organisation.
"And the BBC is very much public sector," he added.

Posted by Abdulkabir Olatunji at 4:27 AM