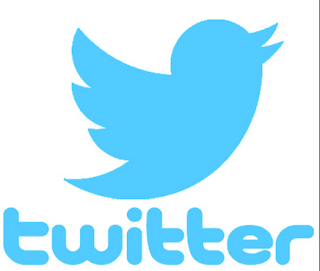 Last Friday, we received the news that some Nigerian Twitter influencer accounts including:

For a few years, these individuals have managed to gain a sizeable following on the microblogging platform and used it to promote products, services, #tags as well as events and politicians. They obviously formed a clique and sometimes boasted of their influence.

So, how can you avoid falling into this situation of losing a huge following and influence on Twitter? The first thing is to understand why Twitter sometimes suspends accounts. The company has its official reasons. They are:

Spam: Most of the accounts we suspend are suspended because they are spammy, or just plain fake, and they introduce security risks for Twitter and all of our users. These types of accounts are against our Twitter Rules. Unfortunately, sometimes a real person’s account gets suspended by mistake, and in those cases we’ll work with the person to make sure the account is unsuspended.


Account security at risk: If we suspect an account has been hacked or compromised, we may suspend it until it can be secured and restored to the account owner in order to reduce potentially malicious activity caused by the compromise.


Abusive Tweets or behavior: We may suspend an account if it has been reported to us as violating our Rules surrounding abuse. When an account engages in abusive behavior, like sending threats to others or impersonating other accounts, we may suspend it temporarily or, in some cases, permanently.
These reasons are valid but there are also some reasons that we may term 'unofficial', they include:

Using Your Twitter Account to Try to Swing Elections: Following the Cambridge Analytica scandal pertaining to the 2015 presidential election in Nigeria, the top three Social Media companies, Facebook, Google and Twitter came under a lot of public scrutiny, this seems to have been why the Nigerian Twitter influencers had their accounts suspended. They were beginning to channel the discourse on the platform into anything anybody willing to pay them would wanted. This is now seen as election manipulation, because a party can just pay its way into confusing voters to vote for it with fake news and misinformation.

So if you don't want Twitter to suspend your account, build your following organically and probably channel them to a blog if you want to commercialize your following safely. Japhet Omojuwa has done this and managed to get the Twitter hammer fall on him.

For those wanting to learn how to start or run a blog successfully, you should try getting:

The Super Guide to Successful Blogging Launched - Get Yours Now!

Posted by Abdulkabir Olatunji at 5:32 AM