General Buhari agrees to out of court settlement with Abati

The Presidential Candidate of the Congress for Progressive Change (CPC) in the 2011 elections in Nigeria and former Head of State, General Muhammadu Buhari has agreed an out of court settlement with the Special Adviser to the President on Media and Publicity, Dr Reuben Abati it seems., details below: 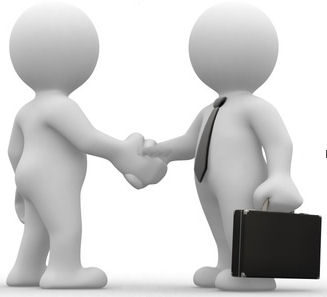 The presidency has convinced former head of state General Muhammadu Buhari to settle out of court the libel suit he had initiated against the special adviser to the president on media and publicity, Dr Reuben Abati.
Abati had on page 51 of the April 22, 2011, edition of The Guardian newspaper, written an opinion article entitled “For the attention of General Buhari”. In it, he claimed that Buhari made an inciting statement which led to the post-election violence that rocked some parts of the north.

The former presidential candidate of the Congress for Progressive Change (CPC), however, regarded the publication as defamatory, intended to lower his integrity and to bring him into public ridicule. Buhari consequently dragged Abati and The Guardian to court via suit no. ID/837/2011 and demanded N1billion damages from them.

But in a copy of the Terms of Settlement exclusively obtained by LEADERSHIP SUNDAY and filed before a Lagos High Court in Ikeja, the parties have agreed to settle the matter out of court.

In the terms of settlement dated December 2012 and filed before the administrative judge of Lagos State, Justice Opeyemi Oke, the claimant (Buhari), Mr. Tope Adebayo ( lawyer to Buhari), Abati and Mr. Kunle Sanyaolu (lawyer to The Guardian) signed the terms of settlement. But the lawyer to the first defendant (Abati), Dame Carol Ajie, declined to sign the document.

The document quoted the claimant and defendants as having explored the option of amicable settlement of the suit and agreed that, by virtue of the execution of the terms of settlement, all issues relating to the suit should be determined.

The parties further agreed that Abati and The Guardian should retract and apologise to Buhari in certain form and contents.

The terms of settlement reads in part: “The claimant (Buhari) and defendants (Abati and The Guardian) have agreed that the defendants should publish a retraction and an apology to the claimant on the Opinion Page of the newspaper, to be printed in reverse line black (RLB) within seven days of entering the Consent Terms as the judgment of the court in two editions of The Guardian."


Read more from the Leadership Newspaper.
Posted by Abdulkabir Olatunji at 12:29 AM