This is bad news for some of us. Whether you call them soft drinks, soda or even minerals as we say in local parlance here in Nigeria, these drinks have been identified as  a potential health risk factor when consumed daily... 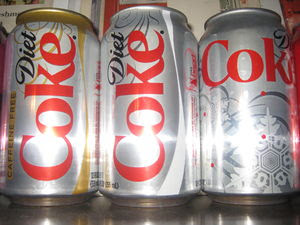 A Daily Can of Soda May Raise Diabetes Risk

Drinking just one 12-ounce soda a day may increase the risk of Type 2 diabetes, a new study from Europe suggests.


The results held even after the researchers took into account risk factors for Type 2 diabetes such as age and physical activity levels, body mass index (BMI) and the total daily calorie intake.

The findings agree with earlier studies in the United States, which found daily soda consumption increased the risk of Type 2 diabetes by 25 percent.

However, the study found only an association, and cannot prove soda consumption causes Type 2 diabetes. It's possible other factors not accounted for by the study influenced the disease risk. In addition, participants answered questions about their diet just once at the study's start, and it's possible they changed their diets over time, the researchers said.


The researchers analyzed information from about 12,000 people who developed Type 2 diabetes between 1991 and 2007, and a randomly selected group of about 15,000 people, most of whom did not develop diabetes. All participants were taking part in a larger study looking into the interaction between diet, environmental factors and the risk of cancer and chronic diseases conducted in eight European countries.

People who drank one or more glasses of sugar-sweetened soda a day were about 30 percent more likely to develop Type 2 diabetes than those who drank less than one glass a month.

Because the link between sugar-sweetened soda and Type 2 diabetes was independent of BMI (an indicator of obesity level) and calorie intake, this finding suggests that other factors, such as the spike in blood sugar people experience when they drink soda, may play a role in the risk, the researchers said.


People who drank diet soda were also at increased risk for developing Type 2 diabetes during the study compared with those who drank no soda. However, when the researchers took into account participants' BMI and total energy intake, the increased risk disappeared. This finding suggests that the link between diet soda and diabetes risk was driven by participants' weight: People who are obese, and thus already at risk for Type 2 diabetes, tend to report higher consumption of diet drinks.

Healthy food choices (such as eating plenty of fruits and vegetables), daily exercise and weight loss can help prevent Type 2 diabetes, or slow the progress of the disease in those with prediabetes, according to the Mayo Clinic.

The new study is published today (April 24) in the journal Diabetologia.

Posted by Abdulkabir Olatunji at 3:58 AM