It is a season of letters in Nigeria with some notable Nigerians writing very controversial letters. First,  it was the Central Bank of Nigeria (CBN) Governor, Sanusi, Lamido Sanusi's letter to President Goodluck Jonathan on missing oil revenue from the Nigerian National Petroleum Corporation (NNPC) that got leaked (download a copy of the letter here). 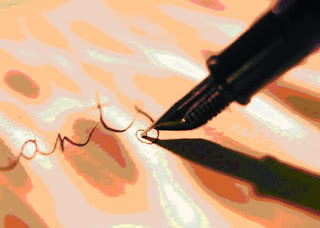 Then came former President Olusegun Obasanjo's letter to President Jonathan which has generated a lot of controversy based on the allegations made therein (download a copy of the letter here).

Now, we have another letter, widely circulated in the media, allegedly written by Obasanjo's own daughter, Iyabo, which is quite damning (view letter here). However, Africa Independent Television (AIT) reports that Iyabo Obasanjo has denied writing the letter.

This denial by Iyabo Obasanjo raises the question: who wrote the letter if she did not? There is strong suspicion that this latest letter could be the handiwork of some people affiliated to the President as a response to the older Obasanjo's open letter.

This letter-writing drama is still unfolding and we have to wait to see where it will all end. As the cliche goes, only time will tell.

Posted by Abdulkabir Olatunji at 4:35 AM

You can contact us for adverts or consulting on online marketing, social media campaigns, business management and technology by sending an email to o[email protected] or call +2348085404500 (08085404500 if you are in Nigeria).