Twitter is probably the best place to quickly get into a fight with those you would otherwise not be able to reach easily. This is exactly what happened George Zimmerman who was acquitted by a court in Florida of the charges of second-degree murder and manslaughter in the controversial Trayvon Martin case and CNN's British Presenter, Piers Morgan.

Zimmerman accused Morgan of trying to buy him to get on his show with this tweet: 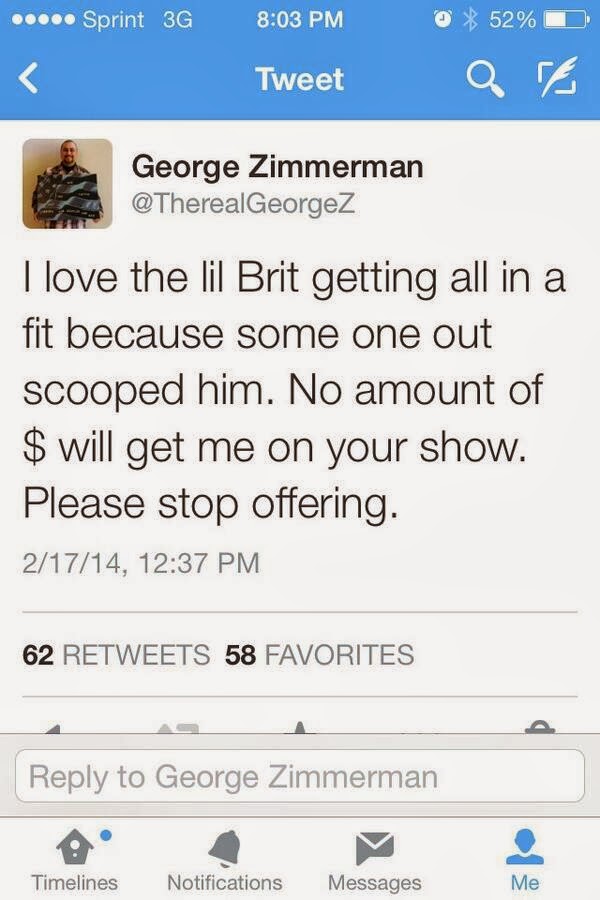 However in a quick rebuttal, Morgan denied the allegation and called Zimmerman a "killer". 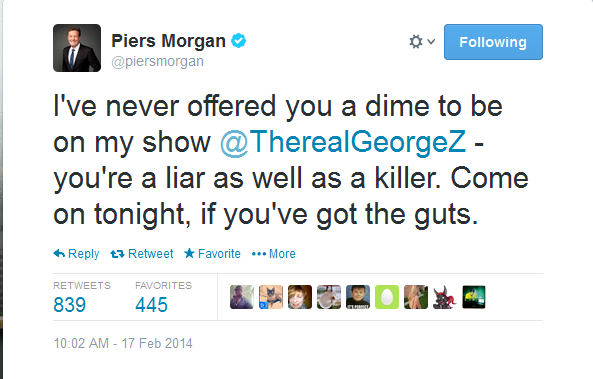 The question is: who is lying between the 2? Perhaps, time will tell...


Posted by Abdulkabir Olatunji at 5:02 AM