FireChat is a Hit with Hong Kong Protesters 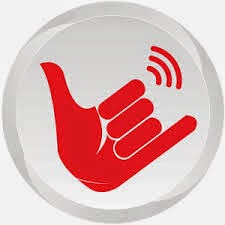 I reviewed it here and now it is a hit with Hong Kong protesters!

What happens when tens of thousands of people congregate and all want to use their mobile phones, all at the same time?
Channel NewsAsia's Hong Kong Bureau Chief Roland Lim took to the streets and found out that many Hong Kong protesters had downloaded FireChat, a new chat app that works even if authorities turn off the wireless network, to communicate with each other and organise rallies.
Over 100,000 new users in Hong Kong signed up for the app on Sunday (Sep 28), the same day police fired tear gas at student protestors. The crowd chat service works on Bluetooth and does not require a cell network or an internet connection. The more phones in the vicinity, the wider the message can travel.
Said Judy Chow, a student protester: "We're using it as a platform to communicate the latest news, and what's needed in Admiralty and Causeway Bay. I find FireChat is a useful tool to update us on plans for necessary action. Once the government has cut the web, we can rely on FireChat."
Firechat said up to 33,000 protestors used the app during the 24 hour period between Sunday morning and Monday morning.
So far, the mobile phone network has not been deliberately switched off. Student protesters like Austin Li are therefore still sticking to the tried and tested.
"Mainly, we're getting information from Facebook. We've joined groups that have live updates about the information in the Occupy Central movement. And sometimes, we have communications between friends and family members in chatting groups like WhatsApp and Messenger app."
The FireChat app was also used by students in Taiwan during their anti-Beijing Sunflower Movement in March this year.
- CNA/by
Posted by Abdulkabir Olatunji at 8:27 AM