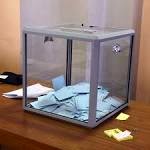 The conduct of the 2015 general elections in Nigeria has dominated pratically every aspect of Nigerian life in the last few months and is likely to do so until the elections are held opn March 28 and April 11, winners announced and sworn-in. To provide some relief from some of this election tension, I am sharing 10 great quotes about elections next:

1. “The ballot is stronger than the bullet.” ― Abraham Lincoln

2. “A vote is like a rifle: its usefulness depends upon the character of the user.” ― Theodore Roosevelt

3. “Every election is determined by the people who show up.” ― Larry J. Sabato

4. “Elections determine who is in power, but they do not determine how power is used.” ― Paul Collier

5. “Dictators are not in the business of allowing elections that could remove them from their thrones.”
― Gene Sharp

7. “Despite what the pundits want us to think, contested primaries aren't civil war, they are democracy at work, and that's beautiful.” ― Sarah Palin

8. “That we have the vote means nothing. That we use it in the right way means everything.” ― Lou Henry Hoover

9. “People never lie so much as after a hunt, during a war, or before an election.” ― Otto von Bismarck

10. “Do the unexpected. Take 20 minutes out of your day, do what young people all over the world are dying to do: vote.” ― Rick Mercer
Posted by Abdulkabir Olatunji at 3:20 AM