The hottest topic that has set Twitter alight today is #Twitter10k. The rumour has it that Twitter wants to extend its character limit from 140 to 10,000.

Twitter users also known as 'tweeps' have overwhelmingly rejected this idea as you can see in the snapshots below. 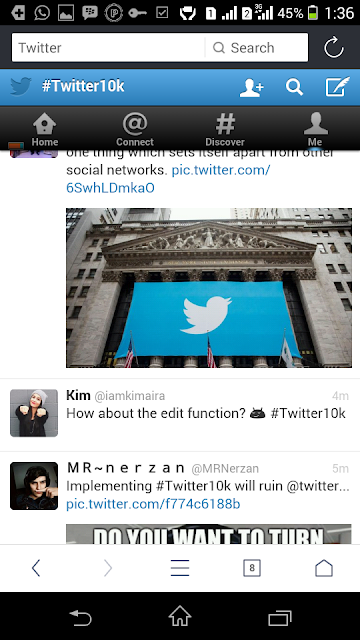 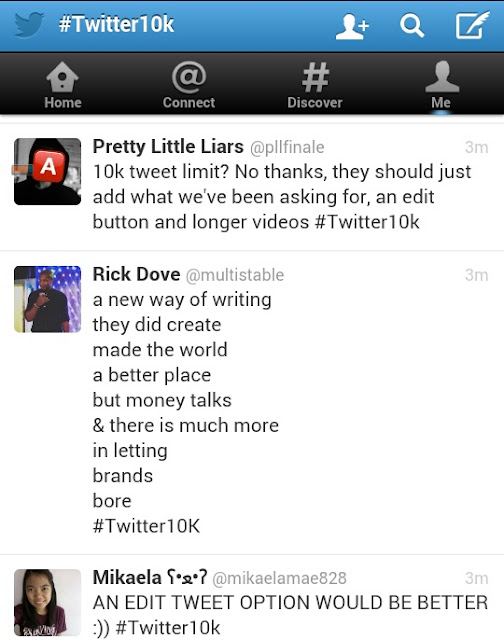 Apparently,, the idea for Twitter10k is to give advertisers more content to play with and increase Twitter's revenue with the aim of pushing it into profitability. The social media giant has failed to be a financial success like Facebook.
Posted by Abdulkabir Olatunji at 4:52 AM