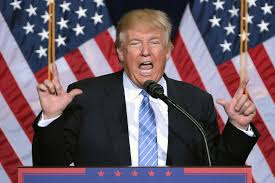 Donald  John Trump surmounted incredible odds to win the November 8 presidential election, thereby becoming the 45th President of the United States. Most of the world is surprised by this turn of events putting to an end the most unprecedented and unconventional election in the history of America. I am not surprised by Trump’s victory as my analysis of the election had aligned me towards a possible Trump Victory; I put his chances at 50:50 with Hilary Clinton.

The following are the reasons for Trump’s victory that has sent shocked waves around the world:

Perhaps the most important factor in winning any free and fair election is the candidate’s message to voters. Donald Trump’s message was very simple- ‘our country is in a mess and I am going to fix it’ –‘Make America Great Again’. He launched vicious attacks against immigrants –Mexicans other Hispanics and Muslims (many of whom have migrated from outside the country) which many Americans found to be Un-American. However, it is a message that resonated with millions of Americans who feel that illegal immigrants are taking away their jobs and also committing crimes in the country.

Hillary Clinton’s slogan, ‘Stronger Together’ was neither here nor there really and in the end the results show that it was not effective, she failed to distill her message to a simple slogan that the majority of voters could relate with.


Hillary Clinton’s claim to fame revolves around politics –from being the 1st Lady of the United States to a Senator, to a Democratic Party aspirant for president, Secretary of State and then Democratic candidate in this election. She seems to carry the baton of her disgraced husband, former President Bill Clinton and current President Barack Obama whose political legacy is now in tatters. Donald Trump a billionaire Real Estate Developer and businessman rose to the mainstream of national consciousness as the star of the TV reality show, The Apprentice and whether we realize it or not, TV Stars have a way of influencing us in a way politicians seem not to be able to do. So, when Donald Trump cast himself as a political outsider throughout the campaign, he was delivering a message that resonated with the people.


While the unemployment rate in the United States has declined from 7.7% in November 2012 to 4.9% in October 2016 according to the Bureau of Labor Statistics in the United States, the type of new jobs being created do not favour a key demographic in the country –white blue collar workers. This group according to Thomas B. Edsall, an experienced political commentator are defined as ‘non-Hispanic whites who have not completed college, plays (sic) a pivotal role in the politics of the United States. This segment of the electorate is large and volatile and its role as swing voters closely tracks the success or failure of Democratic candidates. Selection of Democratic candidates who can relate to the white working class has been difficult; a number of candidates who had support among college-educated Democrats failed to garner sufficient support among white working class voters to win elections.’ (Source: Wikipedia via New York Times).


This group consists of key Donald Trump supporters and while Hillary Clinton had a lot of Hispanics vote for her, the Black population did not show as much enthusiasm. I am not surprised because a good percentage of Black Americans are unemployed and would benefit from Trump’s plan to force companies to bring manufacturing back from countries like China, Bangladesh and Vietnam.

Hilary Clinton relied heavily on the conventional political structure of professional political strategists, analysts, publicists and even celebrities (sorry, ‘Jayonce’ and katy Perry) while Donald Trump relied less on this and focused more on identity politics; you simply either love or hate him, accept or reject his message. This has proven to be incredibly efficient and effective. After outspending Trump on the campaign trail, Hillary Clinton has lost this election. It is time to reassess political strategy for future elections for most candidates.

Donald Trump out-manoeuvred the mainstream media by lumping it together with the political establishment. To a certain degree he is right; the New York Times, Washington Post and CNN were probably too anti-Trump for comfort and in highlighting this seeming bias against himself he used what should ordinarily have been an advantage for his opponent Hillary Clinton as a tool against her. Trump’s win has changed the way the media might engage with political candidates in the future from now on. 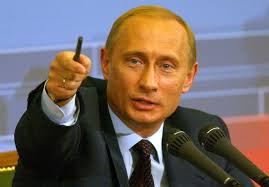 Vladimir Putin has been described by Forbes magazine as the most powerful man in the world and the mere fact that Donald Trump widely considered a political liability to his Republican Party and unelectable presidential candidate whom he openly endorsed has won the election in the United States cements his position in global affairs. Russian hackers are believed to have hacked Hillary Clinton’s campaign organization’s emails during the campaign and leaked embarrassing information about its activities. These leaks tied-in with Donald Trump’s ‘Crooked Hilary’ theme and no doubt helped alienate Clinton from many voters. 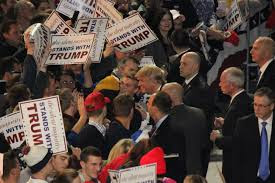 To win the tight race between the 2 candidates, one had to energize his/her supporters more than the other. Consider this; Hillary Clinton in the last week had to make awkward appearances with Jay Z and his wife Beyonce, as well as Katy Perry and the Obamas to energize her rallies. Her voice had become croaky probably because she had started to scream at her rallies in an attempt to seem energetic. Meanwhile, Donald Trump only needed to appear at an event to whip his supporters into a frenzy. Reporters at his rallies confirmed this but usually wondered if such rallies were ‘enough’ to get him to the white house. Guess what? It was more than enough!

I am a Nigerian living in Nigeria but I was following Donald Trump on Twitter and Instagram, surprised? Don’t be, his social media feeds were more interesting than Hillary’s and in this information age, if you have a big-enough following on social media, you can achieve almost anything. Another thing is that Donald Trump used social media to draw attention to himself, he would tweet to react to anything and anyone he did not like trending on mainstream media. Perhaps, Twitter can get a bailout from a President Trump; he is one of its greatest beneficiaries. 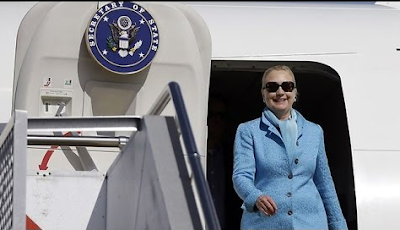 Try as she might, Hillary Clinton could not get this scandal to go away. The fact that she used a private email server while she was America’s Secretary of State is perhaps the biggest blunder of her career and Donald Trump being the fierce opponent that he is, took maximum advantage of it with some help from FBI Director, James Comey who surprisingly announced the FBI was launching new investigations into the matter at the end of October as part of a probe of Clinton’s long-term aide, Huma Abedin’s estranged husband, Anthony Weiner’s emails. He was accused of sexting and underage girl and the new emails discovered were speculated to be probably related to Hillary Clinton. However, 2 days before the election, the FBI cleared Clinton of any wrongdoing the second time.

It all boils down to trust. At the end of the day faults and all, the majority of the American people supported Donald trump because they believed in him and his message more than Hillary Clinton and her supporters like Presidents Barack Obama and Bill Clinton. The lesson here is simple, it does not matter what your opponents say about you if you can convince the people to vote for you in a democracy. Donald Trump understood the American electorate more than the powerful establishment and executed a strategy that defeated it.


The era of Trump is here, time will tell if he will indeed ‘Make America Great Again’ and at what cost to the world.
Posted by Abdulkabir Olatunji at 5:14 AM