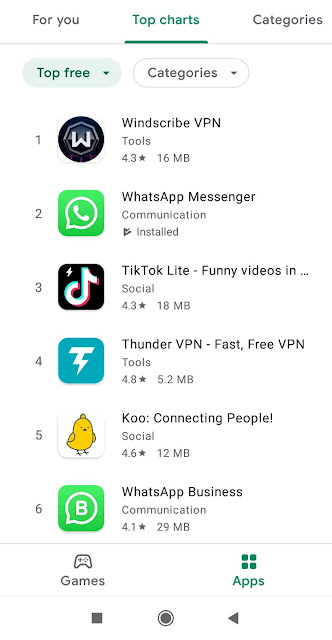 Twitter got banned in Nigeria last week and the ripples of that decision by the government of President Muhammadu Buhari are still being felt.

The Nigerian government announced the ban via a Twitter thread ironically via Twitter thread which read in part: "The Federal Government has suspended, indefinitely, the operations of the microblogging and social networking service, Twitter, in Nigeria".

One of the fallouts of this ban is the rapid adoption of a rival India-developed microblogging app called Koo.

to Twitter which reports say has entered talks with the Nigerian government on how to have its ban lifted.

Koo is now listed as the 5th most downloaded app on Google Play store in Nigeria from almost no where.

In a move that is likely to bolster Koo, the Nigerian government has opened an account on the app.

Co-founder and CEO of Koo, Aprameya Radhakrishna  wrote: “A very warm welcome to the official handle of the Government of Nigeria on @kooindia! Spreading wings beyond India now”.

It is not yet clear if this is the beginning of huge growth for Koo in Nigeria and beyond, only time will tell.

Posted by Abdulkabir Olatunji at 7:07 AM